Why is road safety important to communities and how does it impact safety strategies?

Why is road safety important to communities and how does it impact safety strategies?

While policies, standards and regulations can be instituted at the provincial and national levels, the greatest impacts are at the local level, where all road users live and use the roads. This is because at the local level there can be greater involvement and better coordination of all stakeholders.

Engaging community members to change local perceptions (awareness & attitudes) and implementing initiatives locally, has the greatest potential to save lives and minimize the consequences of collisions within the community.

Most communities continue to deal with many social, health and policing issues yet it is the outcome of road and traffic collisions that takes a greater toll on the public as a whole.

All communities are different, in population, geography (urban/rural) and culture. Therefore there is no one-size-fits all strategy.

Urban settlement includes cities and towns. On the other hand, the rural settlement includes villages and hamlets. Rural areas often have higher speed limits than urban areas, which amplifies risks on the road. Consequently, when crashes occur in rural areas, they generally occur at higher speeds, because rural roads have higher speed limits. Road safety in smaller, rural communities can also be affected by drivers who drive faster on rural roads and fail to slow down when entering a small village. Another difference which may influence road safety is that urban areas are developed in a planned and systematic way, according to the process of urbanisation and industrialisation. Conversely, systematic development in rural areas is less common and instead, based around natural vegetation and fauna in the region. The mix of different types of vehicles, cars and farm tractors (faster and slower) also contributes to issues resulting from speed differentials.1

What are the objectives and benefits of integrated and comprehensive community road safety programs?

What are the objectives and benefits of integrated and comprehensive community road safety programs?

Community road safety programs have the potential to achieve some, or all, of the following objectives on a larger scale as compared to national or provincial road safety initiatives:

The benefits associated with achieving these objectives include:

While national/provincial programs are essential to establish laws, standards, policies, practices and programs, the majority of road users live in, or close to, a community. This is where “change action happens” – where individual road users can be influenced to adopt safer behaviours and thereby create a strong road safety culture. At this level, real change occurs and has immediate benefits.

What constitutes a 5-star community?

What constitutes a 5-star community?

The 5-star rating represents a form or standard of excellence that is an attainable goal for all communities, although their strategy to achieve this goal may vary.

The strength and success of the Safe System approach are in addressing the interrelationship between the road user, the vehicle and the road. It is based on a solid foundation of Road Safety Management – one component of which is Community Mobilization and Engagement.

In accordance with the evidence and practices around the world that are used to determine excellence in road safety in the community, the following criteria have been identified as being worthy of a 5-star rating.

What is road safety culture and why is it a vital component of effective road safety programs?

What is road safety culture and why is it a vital component of effective road safety programs?

Road Safety Culture is an emerging concept that emphasizes the role of social factors in culture and their influence on ways that people prioritize safety and respond to interventions. “The goal of the road safety or traffic safety culture paradigm is to develop a process for changing values and attitudes, so that safety is part of every transportation decision, whether individual or organizational. This can be described as a social climate in which road safety is highly valued and rigorously pursued.”2

Traffic Safety Culture in the US

The AAA Foundation for Traffic Safety in the US has reviewed many articles on this topic and found that there does not appear to be any consensus on a definition; that no society reflects one homogenous culture; and that safety culture is multi-dimensional.3 There do appear, however, to be some common themes: These values are supported by concrete government actions such as: Road users in such communities are: A cornerstone of an effective community road safety program is the development of a road safety culture shared by its members. This ideology is embraced by the Safe System approach which integrates strategies that address both the physical (roads, vehicles) and behavioural (people) hazards in the transportation system. In response, this approach integrates traditional methods (engineering, enforcement, and education) to achieve increased safety by safer design in roads, vehicles, and people. In this context, new strategies to understand and transform culture will make people safer by nature by making safer speeds part of their social identities.

Traffic Safety Culture in the City of Edmonton, Alberta, Canada

Who are the potential stakeholders and partners involved in community road safety programs?

Who are the potential stakeholders and partners involved in community road safety programs?

There are many stakeholders and partners who can help to promote road safety in communities in a variety of ways. These entities may vary greatly across communities; however, all of these groups can participate in initiatives and leverage their respective strengths to support their own community road safety strategy. 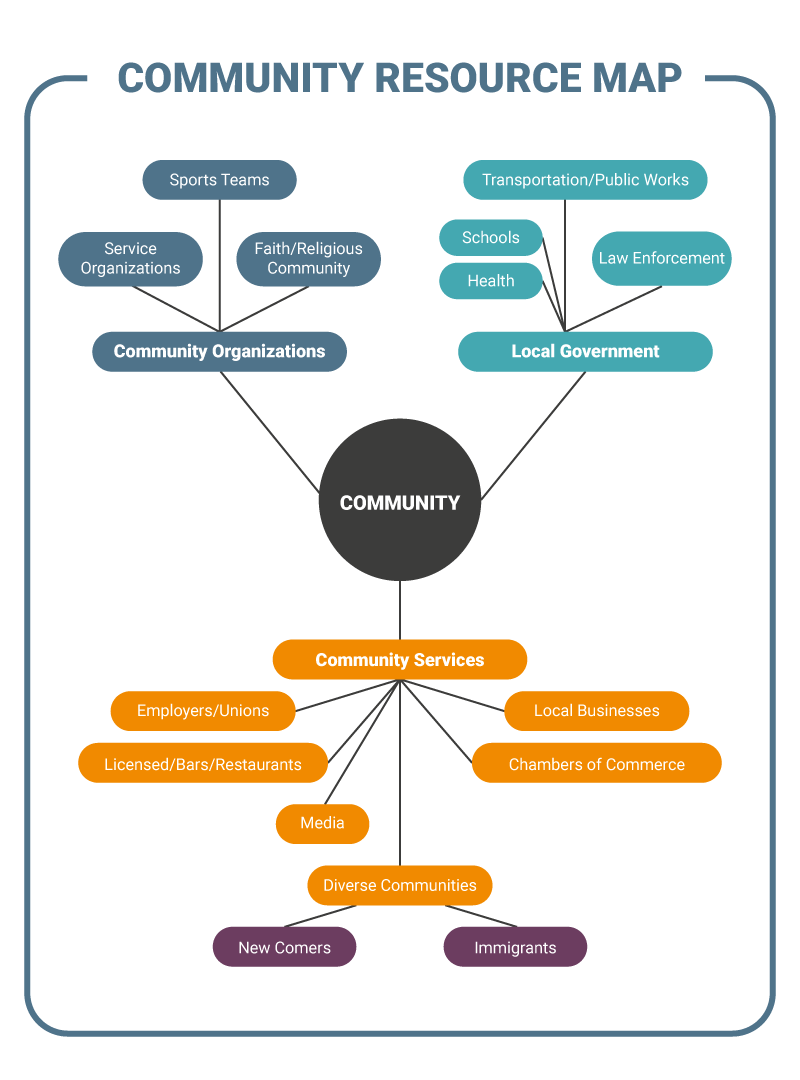 Successful community programs rely on a shared understanding of the problem and potential solutions. A good starting place is to discuss the following questions with other community members and entities to learn about different perspectives regarding community road safety:

These questions can help identify who should be involved in defining and solving road safety problems. Individual perceptions about the importance of some road safety issues may differ, so it is helpful to establish a representative group that includes all relevant community groups. It can also assist in identifying common interests and areas where there is already consensus and also help motivate others to come to the table.

Further information about the role of partners and stakeholders can be found in Module 4. 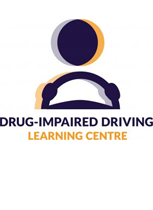 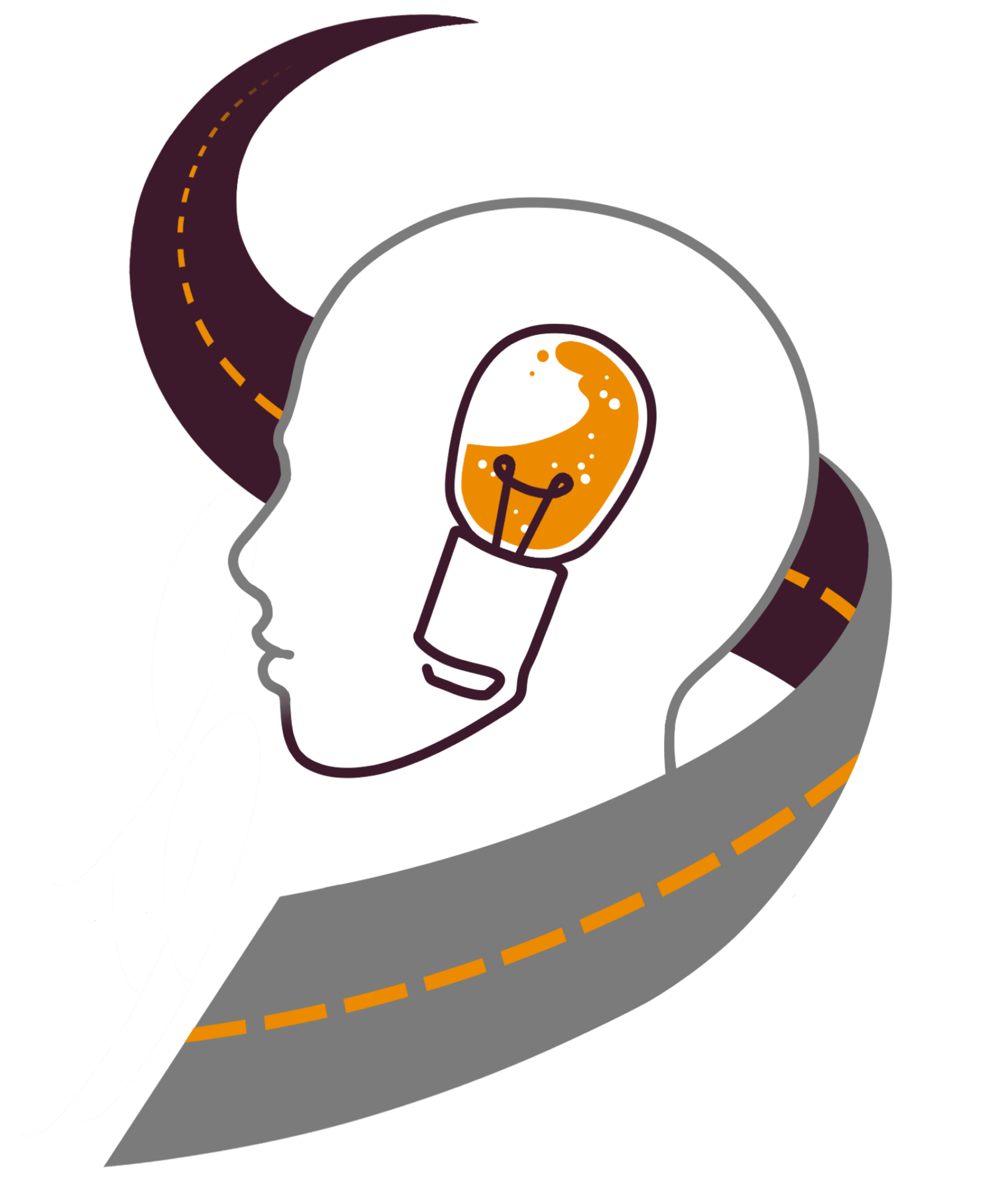 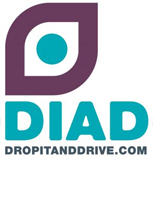 Drop It And Drive® 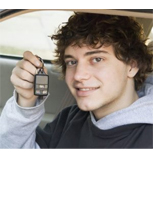 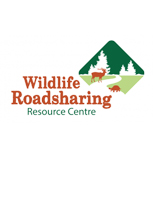 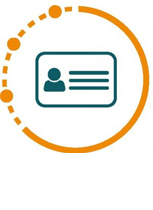 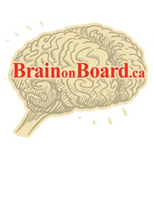 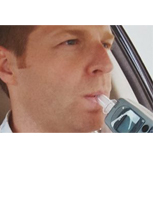 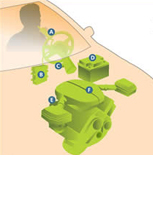 Personal & corporate donations make it possible for TIRF to increase awareness, knowledge, and understanding of the importance of road safety for all Canadians.